Back to News & Insights 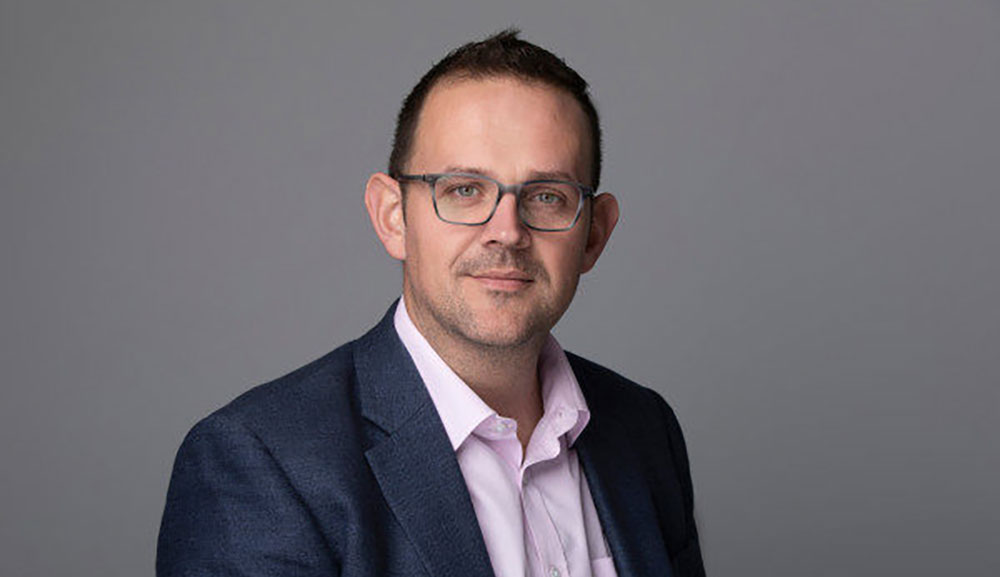 Linda Walmsley is a professional interviewer and business owner of UK recruitment search and selection firm, Walmsley Wilkinson Associates. During 2019 she is undertaking a series of interviews with Business Leaders who have innovated within their field of expertise and have warranted the description of being an inspiring leader.

James Hadley is the Chief Executive Officer of Immersive Labs; a fast growth UK tech business. He worked as a researcher at HM Government Communications Headquarters before founding Immersive Labs in January 2017. He formed his business plan after an inspirational period delivering GCHQ’s cyber summer school. During these sessions he realised that classroom-based learning doesn’t suit the people or pace of cybersecurity, as the content dates quickly, and its one-dimensional nature disengages creative minds. James knew that a practical online solution was necessary, but that it must go beyond basic interactive content; instead, it must allow learners to handle live threats safely, equipping them with skills suited to real-world cyber roles.

In the two years since James founded Immersive Labs, the business has grown to 100 employees and attracted series A funding of $8 million (led by Goldman Sachs who are now also a client). It is currently helping nearly 100 enterprises develop their cyber workforces, including security teams at KPMG, Grant Thornton, Sophos and the NHS, with around 2,500 labs completed every day.

What were your career aspirations when you were younger?

I wanted to be a teacher so that’s what I did for work experience when I was in high school. I went back to my primary school and into a class with a teacher who once taught me. It was an odd experience, going back as a teenager and sitting in the staffroom with my previous teachers.

What was your first job?

My first job was a technology role at GCHQ, where I joined aged eighteen after finishing my college education. It was initially quite intimidating because of the scale of the organisation and it being such a high security environment. However, it had a strong technical culture, which really appealed to me.

Who / What has inspired you in your business career?

When I was delivering GCHQ’s cyber summer school, the most inspiring thing was the moment a penny dropped for a student – when they finally understood something or solved a technical problem, and the fulfilment that it brought them. I wanted to be able to do that at scale for our platform.

As a start-up you think you’re experiencing unique challenges, but everyone has gone through them before. That’s why I look up to other cybersecurity founders who are ahead of us on their journey; the support that they provide is inspiring.

What five words best describe you?

Do you have a favourite saying or quote?

I’m probably guilty of overusing ‘what’s the worst that can happen?’. Also, when people are trying to overcome obstacles I say, ‘in the grand scheme of things, is this really an issue?’. It’s not about belittling the problem, but trying to pave a way over it.

My current favourite phrase came via my wife: ‘buy the ticket, take the ride’. It’s just about saying yes to things – trying them at least once, or else you’ll never know.

What technology are you passionate about?

I’m passionate about cybersecurity having spent my entire career around it, but also cloud technology. The ability to combine both high-fidelity security environments in the cloud, on demand, anywhere in the world excites me – especially when we can utilise that for our skills development purposes.

What is your approach to interviewing and hiring?

We’re a ‘values first’ organisation. We attempt to screen people not on their experience or qualifications but on their values. We have three core values at Immersive Labs: Agility, Drive and Inclusivity. We seek evidence of candidates having demonstrated these, which in turn gives us the confidence that they will be a cultural fit.

After that we assess their capability and experience for the role. What we won’t do is hire people who are talented but upset our culture – that won’t facilitate sustainable growth.

How should the Human Resources function operate within any business?

I think it needs to balance best practice with being pragmatic in what the business needs. When we were a very early stage company two years ago, there were four of us in a shipping container. We couldn’t have documented HR processes and screening processes – we just had to do what we could.

As we scale, our Human Resource function needs to be consistent, it needs to be documented, and there needs to be clear expectations with transparency. In early stage companies, going through rapid growth can be quite uncomfortable for people.

I believe one of the best things we’ve done is invest in Talent and HR early. Greg Craft, our Talent Director, was employee number two or three. Having Greg in early let us hire based on values and competency, which means we’ve managed to avoid poor hires.

Do you think workplace diversity will now become embedded or is there still much more to do?

I think there’s a lot more work to do. What I’ve seen through business travel is that it differs quite a lot depending on region and sector. In cybersecurity, for example, we’ve got a real problem with male to female ratios. That’s an issue for us – trying to get more women and girls into cybersecurity. One of the things we do is help sponsor and run training for the Ladies of London Hacking Society. Most people that work in cybersecurity tend to be male, aged 25 to 35, white, with a computer science background – and that is not diverse as a reflection of society.

We want to get more people into cyber, which is why Immersive Labs has launched an academy that’s free for any student to upskill and apply for jobs with our enterprise customers. We also run academies for neurodiverse individuals and military veterans.

In your opinion, what elements are key to being a successful CEO?

It’s about being driven, perseverant and resolute in your mission. It’s also important to be positive with your team but not gloss over pain points in the business. Something I had to identify early on was that the business comes before friends. You can develop a tendency to shield individuals from some things that go on – perhaps you don’t want to worry them – but you get the best from people when there’s transparency.

There’s a great book about businesses, start-ups and pain points by Ben Horowitz called ‘The Hard Thing about Hard Things’. It discusses how, as a CEO, you are in one of two modes: peacetime or wartime. I think some of my best qualities surface during wartime, which is ‘what do we need to do right now to overcome this problem’. For me, that’s when you’re truly tested as a CEO.

It’s also important to build an effective network and talk with your experienced peers to gain feedback, as they can help you choose the right path when you’re uncertain.

What is your biggest career achievement to date?

I have two. The first is running the opening year of the GCHQ cyber summer school. On day one, having 80 students arrive to learn cybersecurity from you for 10 weeks – that was probably the proudest moment of my career.

The second is from a business perspective, and that is achieving the Goldman Sachs series A investment of $8million last June. It wasn’t so much about the money but the validation that we were onto something outwardly facing. Having a Tier One Investment Company believe in your vision and mission – that made it real for me.

What’s next for you and Immersive Labs?

We’re not slowing down; if anything, we’re speeding up. We are accelerating our growth in the United States and have just hired a Chief Revenue Officer who will be based in Boston. We’re building a sales organisation around that individual too, which will see us have two headquarters in the business. We are also expanding on our product offering to mature it across a few more use cases within large enterprises.

Equally as important is building a team that means we can scale effectively. When I started the company, I built the product, sold the product, found the offices – I did everything. One of the things I’m now realising is that the sooner you can find people you trust and who believe in your mission, the faster the company goes. The more people we have, the faster we can grow – but only if those people are empowered and have the necessary experience. I’m looking forward to scaling my executive team, which will help me take time out to focus on the wider vision, our place in the market, and our product.

Walmsley Wilkinson Associates would like to thank James Hadley and his team for welcoming us to their Bristol Head Office and for the time James invested in undertaking this interview.

You can read more about Immersive Labs here: – https://www.immersivelabs.com